Zachary Leader‘s The Life of Saul Bellow: To Fame and Fortune has just been published (by Cape in England, Knopf in the U.S.), giving a bevy of wonderful writers, critics, and pundits a chance to reflect on the colorful old coot of letters in his wild-writing youth. 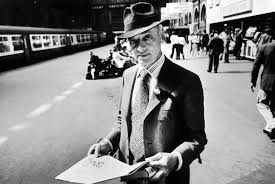 Andrew O’Hagan reviews the book and the man in The London Review of Books, in an article, “Bad Character,” that begins, retrospectively, with Bellow’s deathbed question: “Was I a man or a jerk?” (Uh, both?) 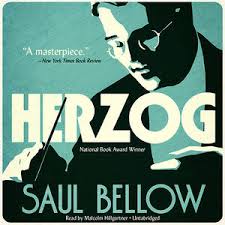 In the New Yorker (where James Wood did a nasty job on Greg Bellow‘s book about his father, “Saul Bellow’s Heart: A Son’s Memoir“), Louis Menand has “Young Saul: The Subject of Bellow’s Fiction“, a typically incisive account of the character-inflected nature of Bellow’s fame.  A kernel:

In short, Bellow was a man who liked to be stroked, and who was suspicious of strokers. Factor in brains and an exceptional gift and you get a fairly complicated piece of work. And every book that has been written about Bellow by someone who was close to him is to some degree hostile toward its subject.

What do we make of Bellow’s presentation of the typical 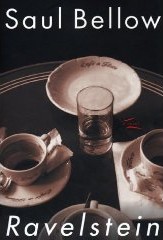 intellectual as a virile many-wived, or at least many-lovered, creature, a well-traveled adventurer of the mind with butter on his patent leather shoes? And who the hell says things like “She had a sex-hex on you, so you had to be thinking of a violent death for her”?

Who the hell else?