As “further evidence of the fade of the long-held idea of the American Dream,” Washington Post’s “The Fix’s” Chris Cillizza cites a new New York Times poll finding that 64% of respondents said they believed people could be born poor, work hard and get rich, a decline from the 80% who’d swallowed the Kool-aid in March 2005.

And that’s just a question about whether it’s possible, not likely. 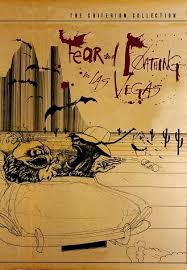 But it seems that Hunter S. Thompson saw that coming (or going) a long time ago.  In his 1971 Gonzo book–ultimately called a novel, talk about unreliable narrators–Fear and Loathing in Las Vegas: A Savage Journey to the Heart of the American Dream–Thompson and his “Samoan Attorney, Dr. Gonzo” (actually his crazy friend Oscar Zeta Acosta) ask a waitress at a small-time diner for directions:

Att’y: Let me explain it to you, let me run it down just briefly if I can. We’re looking for the American Dream, and we were told it was somewhere in this area …. Well, we’re here looking for it, ’cause they sent us out here all the way from San Francisco to look for it. That’s why they gave us this white Cadillac, they figure that we could catch up with it in that …

Waitress: Hey Lou, you know where the American Dream is?

Att’y (to Duke): She’s asking the cook if he knows where the American Dream is.

Waitress: Five tacos, one taco burger. Do you know where the American Dream is?

Att’y: Well, we don’t know, we were sent out here from San Francisco to look for the American Dream, by a magazine, to cover it.

Lou: Is that the old Psychiatrist’s Club?

Waitress: I think so.

Lou: Could that be the old Psychiatrist’s Club? It was a discotheque place …

Waitress: It’s on Paradise and what?

Lou: Ross Allen had the old Psychiatrist’s Club. Is he the owner now?

Lou: Are you taking pictures of it, or …

Lou: … or did somebody just send you on a goose chase?

Lou: That has to be the old Psychiatrist’s Club, but the only people who hang out there is a bunch of pushers, peddlers, uppers and downers, and all that stuff.

Mikal Gilmore says (in “The Last Outlaw,” Rolling Stone, 970, 44-47) “the fear and loathing Thompson was writing about — a dread of both interior demons and the psychic landscape of the nation around him — wasn’t merely his own; he was also giving voice to the mind-set of a generation that had held high ideals and was now crashing hard against the walls of American reality”.

And in his famous speech from the book, where Thompson is talking about his, the idealistic and headstrong generation of the sixties, he might just as well be talking about the American Dream, “the crest of a high and beautiful wave,” breaking on the desert sands outside a garish hotel in Las Vegas:

“History is hard to know, because of all the hired bullshit, but even without being sure of “history” it seems entirely reasonable to think that every now and then the energy of a whole generation comes to a head in a long fine flash, for reasons that nobody really understands at the time—and which never explain, in retrospect, what actually happened.

There was madness in any direction, at any hour. . . . You could strike sparks anywhere. There was a fantastic universal sense that whatever we were doing was right, that we were winning.…

And that, I think, was the handle—that sense of inevitable victory over the forces of Old and Evil. Not in any mean or military sense; we didn’t need that. Our energy would simply prevail. There was no point in fighting—on our side or theirs. We had all the momentum; we were riding the crest of a high and beautiful wave.…

So now, less than five years later, you can go up on a steep hill in Las Vegas and look West, and with the right kind of eyes you can almost see the high-water mark—that place where the wave finally broke and rolled back.”

This entry was posted in All, Blog and tagged American Dream, Chris Cillizza, Fear and Loathing in Las Vegas, Hunter S Thompson. Bookmark the permalink.