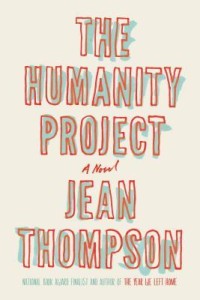 I’d begun reading Jean Thompson’s novel, The Humanity Project, for review and at first found the prose so plain that I thought I’d be bored.  Soon I found the book neither plain nor boring (I loved it) but it was during this early phase that, by some odd coincidence, I went looking for reviews of my novels, something I might quote on the website I was trying to put together–and discovered a review by, yes, Jean Thompson, in the Chicago Tribune.  Either I’d never seen it, or I’d repressed it–wisely–because, though the review was mostly nice and largely plot-centered, it ended with complaints about my “knotty” prose.  “There’s nothing wrong with complexity in fictional style, but those writers attempting it need to respect the architecture of the sentence, and have a finely tuned ear for the rhythms and balances of language.” 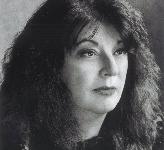 And she quoted a couple of sentences that were indeed knotty, though they of course seemed relatively straightforward to my knotty brain.  I used to find these reproaches painful, but for some reason, this just seemed amusing, in view of my early objections to Thompson’s bare style.

(In one review of my first novel, Home Movie, the reviewer quoted a few somewhat elaborate lines spoken by one character, then said:  who talks like that?  To which a friend of mine, miffed on my behalf, reported thinking:  Ellen does.)

Thompson’s book is really good, about a bunch of people of different sorts, all lost in some way, trying to figure out how to make do.  In the midst of them is an old rich woman, widowed in the course of the book, who sets up the Humanity Project with the goal of using her money to make people . . . better.

The people do need help.  Here’s the out-of-work, foreclosed-upon dad, debilitated by a bizarre accident:  “He wanted to haul off and break something, but everything here was already broken.”

That goes for most of them.  And yet, there are openings, there are moments.  Here’s the son of that broken man at one point:  “Again he had the sense that anything could happen, as if the huge sky and the huge ocean were a kind of theater they had wandered into without knowing.”

Along the way there are sharp observations in passing, the kind that define people and separate them.

While a lawyer is trying to impress a woman, “Christie found herself fascinated by his white, fortunate teeth.  What care, and how many resources, had gone into that smile.  How many dental professionals had labored over it while Mr. Kirn lay back in the dentist’s chair, mouth agape.”

A man’s wife is talking to him, and:  “What he called talking, she called ‘communication.’  On those occasions when she punished him by remaining silent, he usually had to have the punishment pointed out to him.  It hurt her feelings, and her hurt feelings became one more of her infallible grievances, something used against him.”

Or a girl to a boy:  “Sometime, just for fun, let’s act like normal people having a normal conversation.  We could find a conversation in a book and read it out loud, take different parts.”

(And then, a woman remarks to a man, about a boy his daughter’s seeing:  “He’s such a nice-looking boy.”  To which the father responds:  “He’s entirely too full of sperm.”  I just thought that was funny.)

Anyway, the Humanity Project may not work so well, but these people do.  They have to.  As the disembodied voice, vaguely diaristic, that speaks now and then in the book remarks:  “We didn’t want to wait for heaven.  We only had our one lifetime, not long enough for history or evolution to wash over us and make us into something different.  But surely even within our brief and mortal selves there were possibilities.”

The book, finally, is one long observation of an oft-repeated “teaching” from a character’s meditation class:  “Do not speak unless it improves a silence.”