In the New York Times Book Review‘s “Bookends” of August 25 two sharp critical thinkers, Zoë Heller & Leslie Jamison, talk about the value, or overvaluing, of difficulty in literature. Heller made this observation about the new, & newly fraught, relationship between readers & writers, in which uninviting prose (so to speak) constitutes an affront of sorts:

Recently, when I read Christine Schutt’s short story “You Drive” with a graduate writing class, several of the students complained that they found the story baffling. They couldn’t make out the chronology of the events it described; they weren’t always sure which character was speaking; the story, they concluded, “didn’t work.” The fact that they had trouble following Schutt’s elliptical prose was not in itself a surprise. What did take me aback was their indignation — their certainty that the story’s difficulty was a needless imposition on readerly good will. It was as if any writing that didn’t welcome them in and offer them the literary equivalent of a divan had failed a crucial hospitality test.

(Here’s writer Matt Bell’s reverie on “You Drive”. But read the story. Read the book.)

A clear reflection of our times and the changing nature of our attention. But Jamison mentions the enforced intimacy that comes from engaging deeply with a difficult text:

Difficulty often becomes an engine forcing intimacy between a book and its reader; that expenditure of effort and attention becomes a kind of glue. I don’t like to unthinkingly valorize the impenetrable, but I do appreciate the attempt it necessitates — the duration and density of that process. When we read a book that requires that effort — when the act of reading becomes rigorous and self-aware, rather than effortless and transparent — we get to have a history with what we’ve given ourselves to, a history etched into us by the demanding friction of its difficulty. 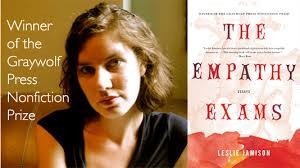 Jamison’s remarks thoughtfully and rightly counter the assumption underlying this exercise, that difficulty or great complexity in writing is overvalued for its own sake, not for what it might convey.

Not long ago, Sam Allingham took on this question in a post on Full Stop:

[B]y defining the terms of readerly engagement, a great book makes itself a little difficult. It refuses to be flexible, to meet its reader halfway — and yet this difficulty is what distinguishes it, what makes us want to spend time with it in the first place.

Most of us enjoy perfectly serviceable literature. Good novels make up the larger part of our reading life — if we’re lucky — and it takes a particular and atypical sort of personality to continually privilege confusion over clarity, to deny our most obvious instincts in the service of rarified aestheticism. We can’t all exist on the precipice of starvation, waiting for our next experience with the sublime. Everyday satisfaction is the prevailing pleasure of our existence.

Still, there is an uncommon pleasure in surrendering to an author more interested in redefining the scope of a literary experience than in satisfying our expectations. We want occasionally to pass through doubt and confusion, adventuresome readers that we are, into an appreciation for that which we might not have appreciated before. This distinction matters; the ability to define the terms of engagement with the reader is the difference between a great novel and a merely good one.

(Amusingly, in the course of defining the merits of difficulty, or lack thereof, in a book he’s not reviewing, at length, Hale tells us that while trying to read this difficult but undeserving book he’s managed to enjoy, “some fascinating, brilliant, energetic books” by, among others, Zoë Heller.) 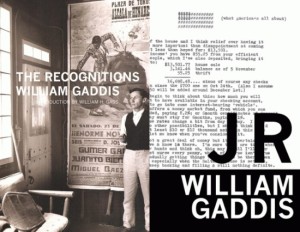 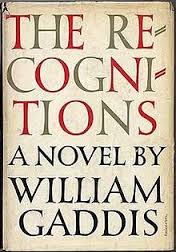 Allingham earlier mentioned Gaddis (The Recognitions) as a typically difficult author sometimes adopted as a sign of readerly worth. He then goes on to discuss Nell Zink’s novel The Wallcreeper as defining a different sort of difficulty, one of tone, say, or voice. (This is in part in answer to other pieces cited, a review of Mircea Cărtărescu’s Blinding by Scott Esposito, in the Kenyon Review; and an answering piece by Matt Jakubowski decrying Esposito‘s failure to include any female writers in his pantheon of difficulty.)  Here’s a taste, though Allingham’s definition of this other sort of difficulty is almost as elusive as what he’s trying to describe:

The Wallcreeper is female-authored and composed of sentences of reasonable length. It does not employ mathematical logic or arcane terminology; it fails to meet Esposito’s criteria, implicit and explicit, for a traditionally difficult novel. Instead, it is a novel that takes actual risks with language, which means that it risks being misinterpreted, under-appreciated, and eventually ignored.

The Wallcreeper is a great novel. Despite being accessible by formalist standards, its aesthetic is profoundly difficult — not in terms of syntax, but in terms of tone: a linguistic pitch which, as any writer knows, is often much trickier to manipulate than the length and rhetorical complexity of a sentence. 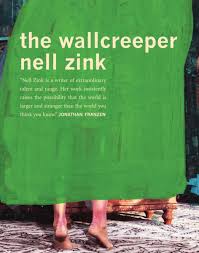 By a perhaps silly coincidence, The Wallcreeper is a novel championed by, and in part inspired by Jonathan Franzen, whose own infamous disavowal of difficulty in an essay in the New Yorker focused on, yes, William Gaddis. Which was in turn smacked down by an equally famous article in Harper’s by Ben Marcus–which may be one of the most interesting and astute defenses of literary difficulty on its own merits.