Why Can’t a Woman Be More Like a Man?

When David Grene died, at 89, in 2002, Douglas Martin said of him, in the New York Times, that his “translations of ancient Greek spoke with such clarity that the writer Saul Bellow suggested he was on a first-name basis with Sophocles and Aristophanes.”  Grene had divided his time between a working farm in Ireland and the University of Chicago’s Committee on Social Thought (“with luminaries like T. S. Eliot, Marc Chagall, and Mr. Bellow,” as Martin noted); and I was working as a promotions manager at the University of Chicago Press when his translation of Herodotus, The History, was published.

The humanities was (were?) my brief, so promoting The History became my business, and I immediately fell under the spell of the brilliant and charismatic Mr. Grene.  I sat in on his course on the Iliad.  I surreptitiously taped his talks, marveling at the inspired and perfectly formed sentences that proceeded seemingly effortlessly from him, gilded with that Irish accent.  We had meetings, we had lunches, we had drinks.  He told me about his most recent paramour, Wendy O, as we at the press called her, then the president of the American Academy of Religion, and how she had no time for him (she’d managed a co-translator’s credit on his recent Oresteia, though she knew no ancient Greek).  I found this odd, but I didn’t want to say anything to put him off.  And then he told me about being in India, how women did much of the manual work, and how these women, carrying bricks up walls in hods, seemed to have no sense of him as a man.  No recognition of his sexuality.

He was about 50 years older than I was, and I had a blinding intellectual crush on him–and yet–the strangeness of this was undeniable.  Why, even I, entranced, had to wonder, would any woman doing back-breaking work under the Indian sun pay the least bit of attention to this little old fat whiskery man–and how could he possibly think she would?  All of this–about Wendy O and the Indian women and a whole lot more–seemed to make a sort of sense a little later when it became apparent that what I took for an exhilarating exchange of ideas Mr. Grene saw as a date; there was courtship in it (however misguided).

So now, oh so many years later, I find myself reading J. M. Coetzee’s novel The Childhood of Jesus for review, and I encounter the same phenomenon, the man who assumes that a woman’s sexual interest is triggered by the proximity of what might be deemed an “eligible” man.  He, at any rate, would deem himself eligible, if only because his own sexual interest is engaged.  You might say this is a function of character, but it has appeared in other Coetzee books–so regularly, in fact, that I for one am comfortable assuming that it indicates a blind spot in the author.

The protagonist in the seemingly allegorical tale has shown up in a new somewhat purgatorial world with a child he acquired in his travels from the old world.  The first woman he meets–a bureaucratic functionary–is helping him negotiate his immediate needs, and meanwhile he is appraising her in sexual terms.  And when she puts him off at first:  “What is he to make of this young woman, now warm, now cool?  Is there something in the etiquette of the sexes or the generations in this new land that he is failing to understand?”  Shortly, he thinks he’s got it:  “Are you a nun, Ana, by any chance?”  No interest in him = no interest in men. 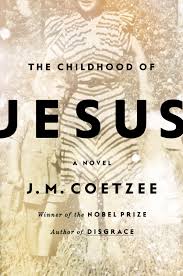 Admittedly, this leads to an interesting discussion in which Ana challenges the man, Simón, about his attraction.  “Because you find me beautiful,” she says, “your appetite, your impulse, is to embrace me . . . . Now reflect.  What–pray tell me–has beauty to do with the embrace you want me to submit to?  What is the connection between the one and the other?”

But there’s a pattern.  The next woman Simón has much contact with he assesses thus (as he’s walking behind her):  “He prefers a woman with more flesh on her bones.  Nonetheless, he likes Elena.”  Nonetheless, he likes her.  And when she in turn spurns his advances (oh so gently), his response:  “‘May I ask,’  he says: ‘Are you beyond feeling anything for a man?'”

Though there’s a great deal here, much of it very interesting, about how men and women think and operate differently in respect to one another, there’s always an underlying sense that the basis is one of profound misunderstanding–the understanding of a man who can not really comprehend, or even accept, that difference.  For all its fine points, the thought’s not much advanced beyond Professor Higgins’s lament in My Fair Lady:  Why can’t a woman be more like a man?

One of my peculiar memories of David Grene was of riding in his car, a big old boat of a vehicle, which he parked with what you might call insouciance.  And when he bumped–to put it gently–the car behind us as he paralleled parked, and I looked at him in alarm, he said to me, with his Irish lilt, “You have to rock the small one.”

And as I was writing this, a program on the radio had Saul Bellow reading from 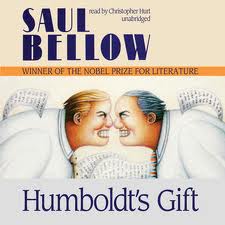 He was full of car mystique, but he didn’t know how to park.  I watched him trying to back into an adequate space.  My own theory was that the way people parked had much to do with their intimate self-image and revealed how they felt about their own backsides.  Humboldt twice got a rear wheel up on the curb and finally gave up, turning off the ignition.