Now that you’ve had a dozen years in the classroom and earned this important credential, DON’T BE AN IDIOT! I used “idiot” in the same way that ancient Greeks originally meant it. Idiotes were not people with low-watt brains, but individuals who cared only about themselves, refusing to participate in public efforts to benefit the larger community — to serve the common good. 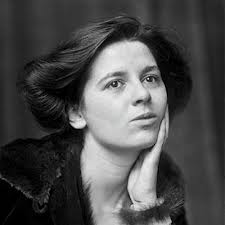 Which reminded me of a passage in one of my favorite books, Black Lamb & Grey Falcon, by the great Rebecca West.  The 1940 book (dedicated “TO MY FRIENDS IN YUGOSLAVIA, WHO ARE NOW ALL DEAD OR ENSLAVED”) is about a trip through the Balkans (and, of course, much more) on the eve of World War II.  In the Prologue, West is reflecting on the first time she ever “spoke the name ‘Yugoslavia’ . . . on October the ninth, 1934.”

She was in a “London nursing-home,” having just had an operation “in the new miraculous way” (someone injects you, you wake up fixed).  Except that she woke to hear an announcement on the radio that the King of Yugoslavia had been assassinated in the streets of Marseille that morning.  Foreseeing disaster (no dummy, Ms. West) but still in a bit of a fog, she rang for the nurse and cried to her,

“Switch on the telephone!  I must speak to my husband at once.  A most terrible thing has happened.  The King of Yugoslavia has been assassinated.”

Her question (West goes on) made me remember that the word “idiot” comes from a Greek root meaning private person.  Idiocy is the female defect:  intent on their private lives, women follow their fate through a darkness deep as that cast by malformed cells in the brain.  It is no worse than the male defect, which is lunacy:  they are so obsessed in public affairs that they see the world by moonlight, which shows the outlines of every object but not the details indicative of their nature.