Something now lost in the mists of memory made me think of Kurt Vonnegut, perhaps, oddly enough, a story just published in Narrative, “The Big Trip Up Yonder“–oddly, because when I tried to find a record of the incident that came to mind, when Vonnegut announced the winner of the Strauss Living Award at the American Academy of Arts and Letters in whatever year I happened to be there, what I found was another piece in Narrative, called “Mentors in General, Peter Taylor in Particular“, by one of the winners of that rich award, John Casey.  (The other was the wonderful Joy Williams.)

Casey, a prodigious novelist, apparently had studied with Vonnegut in the MFA program at the University of Iowa, which made the incident that much odder.  Or more awful.  I know Vonnegut is smart and funny, & I thoroughly enjoyed the bizarre graduation speech he delivered at the University of Chicago (“What the “Ghost Dance” of the Native Americans and the French Painters Who Led the Cubist Movement Have in Common”), where he’d studied anthropology as a graduate student but was only, years later, awarded a degree for the novel Cat’s Cradle, but I’d also long had a problem with his archness, summed up, I suppose, in something that delights so many of his readers: 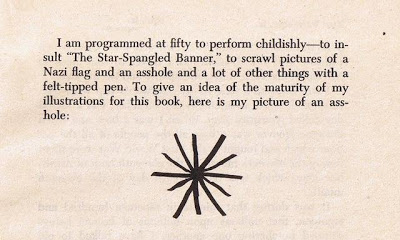 No, this, I thought, is an asshole, when Vonnegut, as the representative of the committee awarding the Strauss Living Award to Joy Williams & John Casey, finished his nasty summary of their “merits” thus: “And I didn’t vote for either of them, so what the hell.”

I could find no record of this, but did find that wonderful essay (a sort of conversation between him and a prospective–what? mentee?) by Casey in Narrative, where he never mentioned Vonnegut but spoke eloquently of Peter Taylor, who’d become his writing mentor through an almost incredible series of circumstances when Casey was studying law. The essay, published in–I think–2011, is one of the nicest descriptions I’ve ever seen of what a good reader, whether an agent or editor or mentor (or, in the case of someone named Tony, an insightful friend), can do for a writer.

Twenty years ago, Tony used to render opinions that were so compressed they were like particles of antimatter he’d found in a black hole. An example: I loved reading James Salter’s Light Years. I gave it to Tony. Tony’s review in its entirety: “Luminously depressing.” After he retired he began to write stories. His son grew up to be a very good fiction writer. Tony’s opinions became less terminally adamantine.

Casey talks about William Maxwell, his editor at the New Yorker, and, with as much helpful insight, about “the man who taught me how to catch fish.” Here’s the Zen beginning of that (fishing) account:

—taught me the first parts in very narrow detail. He was like an Inuit seal hunter. I was living on a four-acre island not far from the mouth of Narragansett Bay. He said, “See those rocks out to the southwest? When the sun gets low, when the bottom part gets orange and when the top half of the tide is running, cast your plug out there.” That worked. Next week he said, “See that one big rock to the nor’east? Get yourself some clam worms. Go out in your boat at sunset, top half of a dumping tide. Drop your anchor. Bait your hook. Put a cork on your line an arm’s length up. Let your line out about a stone’s throw.”

I said, “Exactly how far is that?”

He said, “About as far as you can throw a stone.”

The rest you should read. You should read all of it. It’s a lovely thing about having a good reader. It’s enough to make a person forgive Kurt Vonnegut, if John Casey can.

This entry was posted in All, Blog, Reading Notes and tagged John casey, kurt vonnegut, writing mentors. Bookmark the permalink.